A popular remedy – a closer look 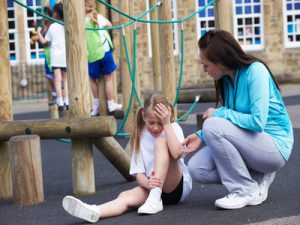 Minor injuries with swelling (“bumps”) are often treated with arnica (e.g. in small children after they have fallen and a “bruise” forms, sometimes even prophylactically in athletes). The rapid decrease in swelling is considered to be evidence of the medicinal effect of homeopathic medication.

There are two different types of application:

1. Arnica as a herbal medicinal product, mostly administered in the form of ointments. The quantity of medicinal substances is sufficiently high so that an efficacy of the plant ingredients cannot be ruled out at all.

2. Arnica as a homeopathic remedy, mostly administered in the form of globules. The amount of medicinal substances is reduced by the dilution process during potentiation to such an extent that the effectiveness of the herbal ingredients is excluded.

From the point of view of homeopathy, both types of application contradict each other. The similarity principle of homeopathy means that medicines are applied to sick people which produce the symptoms of the disease in healthy people. When homeopaths use arnica as a homeopathic remedy for swelling, they must assume that a higher dose of arnica causes swelling.

Both application types are mutually exclusive. Arnica cannot be a homeopathic remedy if it is used as an “allopathic remedy” (a term used by Samuel Hahnemann to derogate medicine).

In case reports it is repeatedly pointed out that swelling disappears more quickly under arnica globules therapy than without.

It has to be said that a comparison between both versions – swelling with arnica globules compared to swelling without arnica globules – is not possible without large case numbers (studies): A patient cannot be treated with the same swelling with and without arnica at the same time. The recovery time is normally only an estimated value: usually the time is not determined by a stopwatch. The assertion that swelling would disappear more slowly if you don’t take arnica is nothing more than an assumption. In surgical outpatient departments, it is regularly observed that swelling decreases rapidly at all and that there are no differences between patients – regardless of whether or not arnica globules were administered.

What happens medically with a minor injury? In the first phase, substances are released into the tissue that lead to swelling. Blood vessels can also be injured so that blood escapes (“bruise”, “haematoma”). But already after a short time other substances (e.g. “histamine”) are released which lead to a vasodilatation. More liquid is then transported away via the more distant vessels in a shorter time and the swelling decreases again.

Conclusion: Arnica as a homeopathic remedy for minor injuries is ineffective.

1. The principle of similarity – one of the essential foundations of homeopathy – cannot be effective because higher doses of arnica are not used to create swelling but to treat it.

2. The exorbitant dilution during potentizing causes all ingredients necessary for the treatment to disappear: There are no active substances in the globules.

4. the high rate of regression of swellings during treatment with arnica beads is only an estimated size, which is also very strongly dependent on wishful thinking and selective perception.

It is often not known that swelling quickly disappears even without treatment with arnica globules, but this can be explained very well from a medical point of view. You can trust it.