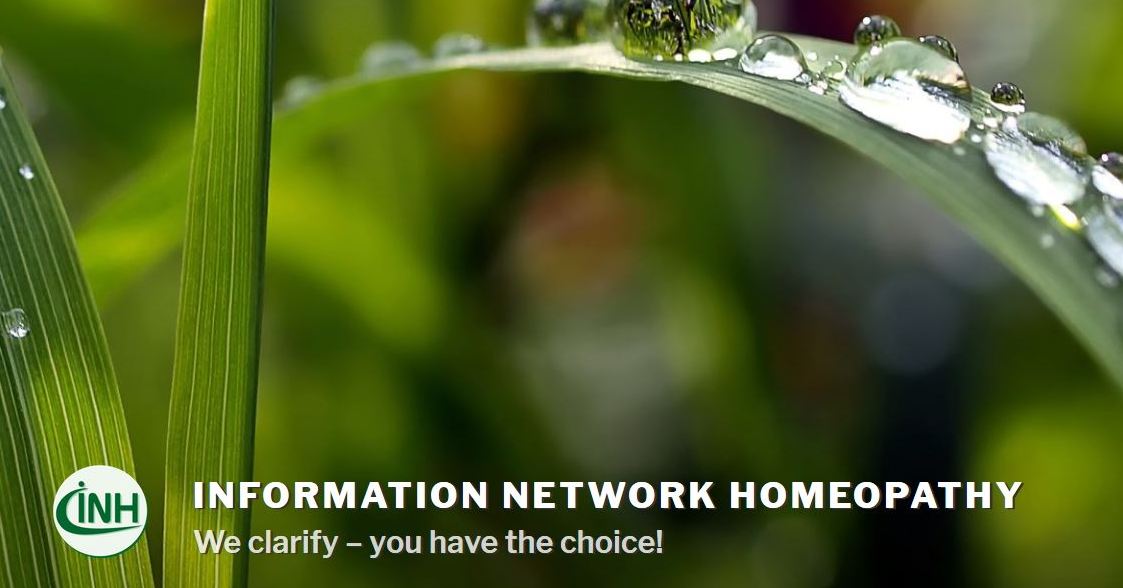 Under the flag “Homeopathy for refugees in Germany” the “Homeopaths Without Borders” together with the initiative “Homeopathy in Action” advertise a nationwide network of homeopathy offers for the “treatment of refugees”. Again and again, related “offers” appear in refugee aid associations which – obviously in complete ignorance of the relevant connections – misinterpret and gladly accept such things as meaningful offers of help.

So one can read for example in an announcement of such an association:

… “Unfortunately, tablets are far too often desired and used to alleviate the symptoms. There are far too few therapy places for psychotherapeutic treatments. In the second part of the evening, we would like to present two free therapy offers from the field of natural medicine.
Dr. med. … and Mrs. …, alternative practitioner, will present the project “Homeopathy for refugees in Germany”.
Every Friday doctors and non-medical practitioners offer homeopathic treatments in the rooms of … as a holistic treatment method for physical and mental problems, if necessary also with the support of interpreters.
… The treatment leads to a reduction of stress and stress symptoms and has a balancing, relaxing effect, so that many people can cope better with stress and thoughts of trauma afterwards.”

The activities of the “homoeopaths without borders” (a name trying to benefit from the good name of the “doctors without borders”) were not so long ago criticized in West Africa. There they were consistently rejected with their request to treat Ebola with homeopathy. Apparently, offers under the flag of humanitarian aid is part of the business model of the Homeopaths without Borders. The Süddeutsche Zeitung also reported on corresponding activities in the Munich area.

Quite apart from the therapeutic worthlessness of these “measures”, the question arises whether there is a particular ethical problem besides the medical one.

The fact is: People in need of help from a foreign culture, who as a rule cannot be regarded as “responsible and informed patients” in the sense of our health system, are literally recruited for homeopathic “methods”. People who have to deal with severe traumas – which is explicitly the “goal” of the actions of homeopaths without borders. There is no question about it: providing all these people with psychologically and psychotherapeutically professional care is an almost unsolvable task. But the offer of a sham therapy can’t be a solution! With traumatized people, often children?

Certainly one or the other superficial “success” will occur, precisely because of the psychologically occupied overall situation. But an improper treatment of mental disorders does not solve the problem. Neither is there a careful differential diagnosis (“trauma” is not a diagnosis), nor is anything lastingly done for the patient, nor does one gain knowledge about possible external or self-endangerment due to a psychological disorder. In the age group mainly affected here, one may have to reckon with borderline disorders, whose treatment with sham drugs is hair-raising. We do not like to remember the treatment of the assassin of Ansbach (German small city, where it came to a crime with causing death) with a completely inadequate “therapy” – here by a non-medical practitioner, with a devastating result.

In our opinion, the unspecific “treatment” of severe mental illnesses with homeopathic placebos instead of guideline-oriented drugs goes beyond any tolerable framework. Especially in cases of severe depression, the absence of a specific effective treatment can even be fatal in the worst case because of possible suicide risk. It is not unusual for a traumatised or severely depressed person to be able to undergo therapy at all only with the help of preliminary medication treatment individually adjusted by a specialist.

Even the aspect of the placebo effect must be viewed critically in this context. The language barrier and the origin from a different culture, also and especially in connection with psychological problems, make it seem largely unpredictable whether and how a placebo effect will occur. Since the patients, in this case, might even perceive the “treatment” as overly invasive or authoritarian, even a nocebo effect is conceivable.

Is it really so impossible to provide low-threshold help offers (skills) for those affected instead of idly watching how not only ineffective, but dangerous illusory therapies are offered here? And shouldn’t it be possible – as it happens also for German-speaking patients particularly in emergency situations or in “waiting position” – to publish information brochures in the appropriate languages and age-appropriately, which can help concerning first of all to understand one’s experience and to see that also other humans experience similar after comparable experiences?

Here the consequence of the social reputation and political “ennobling” of homeopathy becomes visible in a devastating way. Under the guise of helpfulness and support for refugee initiatives, the “Homeopaths without Borders” spread their propaganda for ineffective treatment methods. In this particular case extremely irresponsible. The credulous refugee aid associations, which serve here as vehicles for the transport of the “message homeopathy”, cannot estimate the consequences of these “offers of help” at all and rely on the “good reputation” of homeopathy and the willingness to help shown. There is probably no legal means to prevent this. As always, this is rooted by the fact that homeopathy is anchored in the public health system.
Which indeed sets us apart from the states of West Africa.
Shouldn’t this finally be revised in view of such excesses?