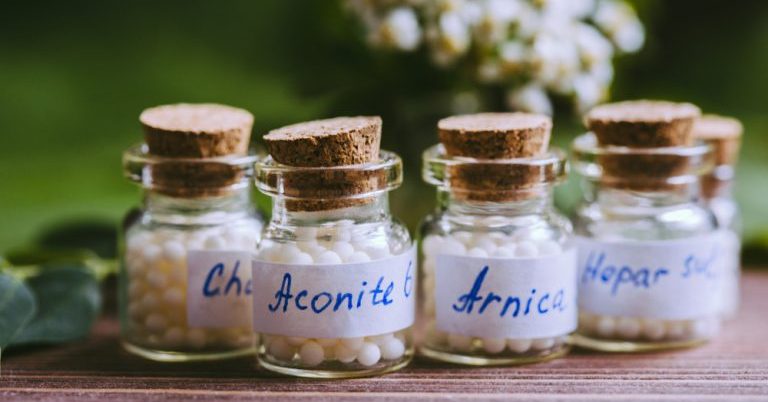 Homeopathy – a method from the transition from 18th to 19th century

Homeopathy is a therapeutic concept developed by the German doctor Samuel Hahnemann at the time of the French Revolution. It is therefore inevitable that it is based on concepts of health, illness and life, which originate from a time when very little was known in the field of natural science. Chemistry, physics, biology, physiology were poorly developed and Hahnemann had to fit his observations into a more still mystical world view and then draw his conclusions. The fact that he was quite successful in this was in all probability mostly due to the ineffective and harmful methods of the medicine of the time. Every less aggressive type of medicine had inevitably to appear advantageous, but therefore not necessarily leads to are regarded as effective.

Today, however, medicine has developed into a much more powerful system due to the scientific approach that has gradually been emerged since the Enlightenment. Whereby the significant discoveries that shape our medicine today were only made long after Hahnemann’s death (1843). The old concepts from pre-scientific times have been examined for their validity and, if necessary, discarded.  This cleansing of the doctrine has not taken place in homeopathy, and Hahnemann’s major works from the first half of the19th century, such as the “Organon der rationalen Heilkunde“, are still standard works, and many therapists in classical homeopathy still follow them today.

It is therefore not surprising that the homeopathy practised today cannot stand up to a scientific examination of its principles and concepts. This scientific approach is characterised by the fact that methods are used to avoid or quickly uncover misconceptions and errors in gaining knowledge. This also means that statements must not contradict certain knowledge of other scientific fields. Thus, contradictions between scientific knowledge and medical methods lead to a consistent review and, if necessary, revision of medicine. It is quite different in the case of homeopathy: there are a whole series of essential contradictions between certain scientific findings and homeopathy, but these are not taken into account by the users.

These contradictions are by no means marginal, but concern the fundamental statements of homeopathy:

A therapy system based on these principles leads not to effectiveness: neither due to the agent used nor beyond placebo effects. Nevertheless, the advocates of homeopathy cite evidence to prove the contrary; justifications and assumptions are made to make the effectiveness plausible, even suggesting that the scientific approach is unsuitable for homeopathy.

On our pages, you will find many articles that deal with the content of such statements, for example why the phrase “He who heals is right” is misleading, why case reports are not suitable as proof of effectiveness, why old knowledge is initially simply old and not necessarily true, and why assertions must be proven, and by whoever makes them.

We also look at how homeopathy is anchored in the health care system. You can learn about why, when homeopathic preparations are approved, it is sufficient for homeopaths to believe that the remedy is effective or why health insurance companies cover the costs of homeopathy and doctors acquire the additional title “homeopathy”. You can read about this in the various open letters in which we have contacted health care representatives with the aim of change this.

Finally, you will find several disputes with analogues that are not very sound, for example, why a CD is not a model for storing information in water, why nanoparticles cannot provide any justification for the effectiveness of homeopathy, and why the study situation does not justify the statements made by homeopaths at all.

You will certainly find even more interesting aspects on our site – and if we were able to make you aware of the scientific approach, which often seems complicated for outsiders (it’s not that incomprehensible!), this is a thoroughly desirable side effect.

Have a look around! Already in this article, you will find many links to individual contributions. Our Frequently Asked Questions offer a comprehensive  overview. Have a look at the menu items “Briefly explained” and “Points of view” where a lot of topics can be found; a complete overview of all our articles by keyword can be found here. And you are welcome to ask us more at anfrage@netzwerk-homoeopathie.info!