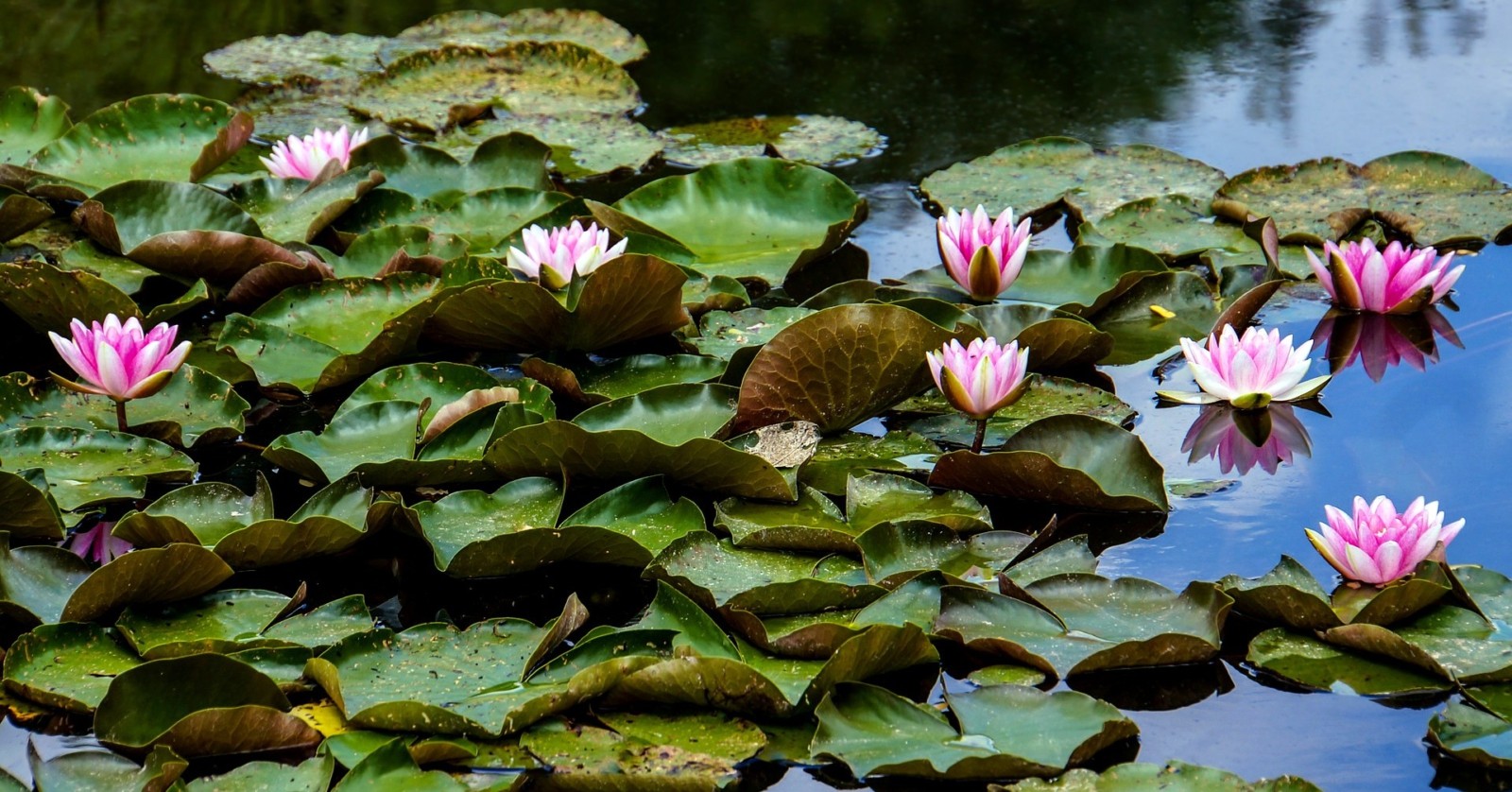 Water lilies grow on a lake and their surface area increases tenfold every day. After nine days the lake is completely overgrown. How much of its surface is covered after eight days? (Solution at the end)

What does that have to do with homeopathy? Quite a lot. A central feature of homeopathic remedies is their potentiation, i.e. the multiple dilution of the initial substances. This is based on the pre-scientific idea that the more diluted a substance is, the stronger its effect. In each step, the original substance in which the selected material was dissolved is diluted with the solvent (distilled water or ethanol) in a prescribed procedure and shaken.

The abbreviation D (Latin decem = ten) for homeopathic remedies refers to the tenfold dilution at each step, the abbreviation C (Latin centum = hundred) to the hundredfold. The number behind D or C indicates the number of dilution steps. D6 – a frequently used “potency” – therefore means one part of original substance per one million parts of solvent.

If we transfer this to the volume of liquids, we get a ratio of one millilitre – which is roughly the amount that runs back into an emptied water glass – to 1,000 litres, which corresponds to about seven full bathtubs. This means that the solution still contains detectable amounts of the original substance. Whether these are physiologically effective, however, can rightly be doubted. D12 is now not a double dilution like D6 – and certainly not the double effectiveness -, but the one million higher dilution. Even with small differences in the numbers it is often forgotten that about D7 represents ten times the dilution of D6, D8 one hundred times.

If we now want to produce a product with the potency D12, we take a drop from one of our seven bathtubs with D6 and distribute it evenly over a further seven bathtubs with water. If this liquid is not marketed as a drop – which use alcohol as a solvent and are diluted with water again before ingestion – we then spray it with a factor of 1 to 100 (0.1 gram solution on 10 grams of globules) onto sugar globules and let them dry. Our homeopathic remedy D12 would then be ready for sale.

The problem with the term “potentiation” is that “potency” has a different meaning in colloquial language as in science than in homeopathy, namely from the Latin word potentia “power, strength, ability”. In pharmacology, for example, the potency of a substance describes its potency, substances with higher potency work in lower concentrations than those with lower potency. In homeopathy, the meaning is exactly the opposite; the higher the potency, the less the initial substance is contained – not a single molecule at D23 at the latest.

For D23, by the way, you would need a quantity of water to dilute one gram of basic substance, which corresponds to the content of the Pacific and Indian Oceans together. In practice, however, nine tenths of the solution are simply poured away before each dilution step.

Potentiation therefore does not mean that the agents with a higher dilution are more effective, more “potent”, but that, on the contrary, they contain a factor of ten (or even one hundred) less active substance from step to step and therefore, according to all scientific criteria, cannot have a pharmacological effect. (And why there is no “energy” during potentiation, read here.)

Exponential growth or exponential atrophy are processes that are difficult to grasp intuitively. We can hardly imagine doubling (2n …) or tenfold (10n …) at each individual step, or an exponential decrease as in homeopathic dilution (10n …), after each step only one tenth of the initial substance is left). We are practically always wrong about such nonlinear developments if we have to estimate the results after only a few steps. In everyday life we encounter these developments, for example, in compound interest: we always underestimate the development of a credit that bears interest annually, including the interest accrued to date, over a longer period of time: At an interest rate of 5 % in 50 years, € 1,000 will become € 11467.40. If we were to consider only the annual interest rate of € 50 without the compound interest effect, it would only be € 3,500.

Exponential is therefore a function in which there is a percentage change in each step compared with the previous position. Each change affects the following.

For example, it only takes nine days to decimate one billion euros to one euro if your assets are only one tenth of the value of the previous day every day. Such a loss in value occurs in hyperinflation, where money has less purchasing power every day.

It is just as difficult for people to imagine very large or very small numbers and quantities. For example, people like to confuse millions and billions, the latter being a thousand times larger. Example: It takes almost three years to accumulate one billion euros if you get one million euros every day. For a trillion (10 to the power of 12) one would have to multiply the period by 1,000. 3,000 years ago the biblical King David lived, so you would have to have received one million euros a day since his birth. Even larger or smaller numbers can practically no longer be grasped intuitively, also because they do not occur in our everyday perception.

P.S.: The answer to the question at the beginning is: On the eighth day, one tenth of the water surface is covered with water lilies, on the seventh with one percent.

More about potentiation in our Homöopedia (in German)

Picture of Ganossi on Pixabay