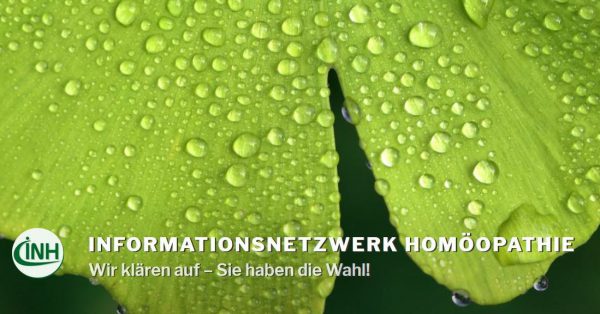 This week, French Health Minister Agnès Buzyn announced the French government’s decision to remove homeopathy completely from the statutory health insurance scheme by 2021. For a transitional year, the reimbursement rate for homeopathic medicines is to be halved from 30 to 15 per cent. According to Mme Buzyn, she also wants to use this “transitional year” for more information about homeopathy and thus achieve greater acceptance for the decision, until it has a full effect in 2021.

This final decision was preceded within the last 15 months by the most comprehensive evaluation of homeopathy ever carried out in France. In the end, the Haute Autorité Santé made a clear statement: homeopathy lacks a specific efficacy that goes beyond mere contextual effects and thus does not justify a position as a reimbursable medicine in public health care.

The decision of the French government is explicitly based on the undeniable scientific facts, which do not attribute more relevance to homeopathy than any other sham therapy and deliberately puts other aspects such as the “popularity argument”, the “marginal” costs in the health care system but also economic interests of manufacturers aside. Thus, the French government has also decided not to participate further in the maintenance of a public reputation of homeopathy.

The findings on which this Decision is based have been known and validated for a long time. Basically, it is more interesting that and why homeopathy, despite all this, has been able to establish and maintain its reputation and its special position. The development in France once again highlights the factors that played a role in this.

In Germany, as elsewhere, the rise of homeopathy to a veritable industry originated in the late 1970s with its “New Age” affinity, which propagated a misunderstood closeness to nature as well as an indefinite “neomysticism”. In this era, it was possible to label the method sustainably as a “natural, gentle and side-effect-free” alternative to medicine and thus bring it closer to naturopathy. This quickly and sustainably influenced public perception. With the EU Medicines Directive and national regulations such as the German “internal consensus” in the Medicines Act, all this was legitimised. This marked the beginning of a new era of “homeopathic research”, driven by the desire to gain not only formal but also scientific legitimacy.

This “drawing a bill to the future” could not be redeemed. At the end of the 1970s, some defenders of the “special therapeutic directions” may have been personally convinced that proof of the effectiveness and mode of action of homeopathy could already be found. After 42 years of internal consensus and the search for scientific legitimation, this has demonstrably failed. Credit’s run out.

There is no scientifically sound evidence for a plausible mechanism of action of homeopathy, so it is not surprising that all meta-analyses and reviews of efficacy carried out in the last 30 years have revealed no reliable evidence for any indication. That is the actual state of affairs today. And this is the basis of the overdue questioning of homeopathy as part of medicine and as part of medical legislation, the legitimation of which has become untenable.

That is why it is high time – as France has just demonstrated – to draw conclusions from the special position of homeopathy in medicine and pharmaceutical law, which has been shown to be wrong and unjustified. The credit of the method is used up. What could make this more clear than the comprehensive evaluation of the scientific knowledge situation, which was carried out again with great seriousness in France – with “devastating” results, as the French media repeatedly expressed?

In the current discussion about an end to the official legitimization of homeopathy, its representatives either refer back to the untenable positions of the 1970s (“pluralism in medicine”), gloss over, distort or even deny the clear scientific state of knowledge (“there are hundreds of studies….”, “the homeopathic basic research…”) or present completely irrelevant aspects that have nothing to do with the core problem (“restriction of the freedom of therapy”, “paternalism of the responsible patient”, the “peanuts argument” and more).  All this is irrelevant for the objective of homeopathic criticism to help the principles of evidence-based patient-oriented medicine achieve a breakthrough in the public health system. France takes a first step with the withdrawal of reimbursability, Spain and England are already going further by taking homeopathic remedies the official quality as medicine. It is time to draw the consequences in Germany, too, from the fact that the granting of special rights for the “special therapeutic directions” in the Medicines Act, which appear at least partly explainable (if not correct) from the situation at the time of the consultation of this Act, has long since proved to be a wrong way and a dead end.

Homeopathy in Germany is currently still a major obstacle to the consistent implementation of evidence-based medicine in the public health system. It is the anchor of pseudomedicine within drug law. Thus it is a kind of legitimation for a multitude of other, often extremely dangerous pseudomedical methods. It cannot be ruled out at all that the call for the same special rights that are currently granted to homeopathy could also come from other directions. In view of the existing privileged status of homeopathy, there is little that can be argued against.

The legitimacy of the demand to end the special position of homeopathy in medicine and public health stems from all this. This demand is not marginal, forced by any “fanatical opponents”, nor – as recently suggested – a campaign of “economically interested circles”. This demand is a call for integrity and honesty in medicine and for a step towards a reliable and sustainable public health system.

Following the decision in France, Germany is the only country within the EU retaining the reimbursement in statutory health insurance based on a special position for homeopathy in pharmaceutical law.

One Reply to “Decision on Homeopathy in France – and Germany? – An Interim Conclusion”