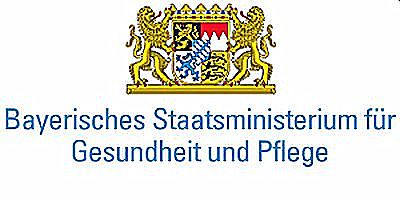 On 13 December 2018, the CSU parliamentary group in the Bavarian state parliament published a press release entitled “Naturopathy should be more firmly anchored at Bavarian universities”. This corresponded both with a similar parliamentary motion from the middle of the year and without doubt with the decision of the state government of Baden-Württemberg to establish a chair for “Naturopathy and Integrative Medicine” in Tübingen.

The press release makes it clear that it was much more about homeopathy than about naturopathy – the well-known misinterpretation of both terms was the basis for the whole meeting. Two representatives of homeopathy – the chairwoman of the Hahnemann Society and a clinical pratician from an institution of the LMU Munich who was co-financed by the Foundation for Nature and Medicine (formerly Carstens Foundation) – had spoken to the parliamentary group and apparently found an open ear for their lobbying for homeopathy (“so popular with people”). The Bavarian Minister of State for Health, Mrs. Melanie Huml, was also present.

This procedure caused the science advice of the GWUP and the INH to send the Minister of State and the parliamentary groups in the Bavarian federal state parliament the following open letter:

(For information to the health policy spokespersons of all fractions and as an open letter on www.netzwerk-homoeopathie.info)

We, the science advice of the society for the scientific investigation of Parawissenschaften (GWUP), hold the goal direction conceived there into the eye both health and universitypolitically for missed.

The Hom?opathie is after world-wide scientific consensus a sham therapy, which could furnish neither ever a valid proof of efficacy, nor the incompatibility of its basic assumptions with scientifically in the best way occupied bases clear out. It is therefore our concern that homeopathy should no longer be given public credibility or a place in the public health system and that it should only be given a place in the medical-historical part of the curricula at universities.

A “therapy” that does not have more to show than the contextual effects (especially placebo) that occur with any kind of attention – even non-medical – cannot be justified as a medical therapy. It should also not be allowed to hide the fact that homeopathy is incorrectly offered and advertised by its representatives as specifically effective drug therapy.

To illustrate this internationally widely recognised position, we refer to the 2017 decision on homeopathy by EASAC, the advisory board of the Association of European Academies of Science:

“(We conclude from our research) that the claims on homeopathy are implausible and contrary to established scientific principles.
We acknowledge that a placebo effect may occur in individual patients, but we agree with earlier detailed studies and conclude that there are no known diseases for which there is robust and replicable evidence that homeopathy is effective beyond this placebo effect.

The international study situation is clear. In the meantime, ten systematic reviews, including those of homeopathy representatives, have shown that there is no evidence for any single indication of homeopathy. How could it be any different for a method that partly violates natural laws?

Even false arguments such as those repeatedly put forward in favour of homeopathy cannot change this. Neither is a “popularity” of homeopathy in the population a justification for unscientific and specifically ineffective methods in health care and university curricula, nor can the method be attributed to naturopathy. The latter is a downright “urban legend” that has been propagated by interested parties for decades.

This is probably the most deeply rooted error about homeopathy in the public. Homoeopathy is a conceivably “artificial” thought construct, which is based among other things on the esoteric ideas of the effect of “spiritual forces”. It thus contradicts the basic idea of naturopathy, which assumes a real effect of natural entities (light, air, sun, herbal extracts…).

We therefore feel compelled to raise our voices against any influence that could strengthen the position of homeopathy in public and political perception due to such misinformation, as the establishment of a chair would undoubtedly be. Rather, we are of the opinion that both a sustainable health system and the future higher education of physicians are dependent on the principles of evidence-based medicine and not to promote unscientific methods. Anything else would be a step backwards, a waste of resources and the opposite of a health policy that sees itself as modern.

Medicine is pragmatic and open to new findings, like any good science. This leads to – and has always led to – that methods, regardless of their origin or age, are included in the canon of medicine if they can prove a specific effectiveness according to scientific criteria. If they cannot do this, they are not entitled to the predicate “medicine” even with the attributes “alternative”, “complementary” or “integrative”. Furthermore, it should be warned against equating “naturopathy” with these terms.

In this context, the experience at the Medical University of Vienna, which had introduced homeopathy as a subject in order to teach a critical approach to the method, seems important to us. This has not proved successful, but has even turned into the opposite. The appearance of representatives of homeopathy as lecturers (and allegedly “experts”) led to the fact that in teaching the concrete application of the method instead of the scientific-critical view came to the fore. From our point of view a critical examination of the teachings of “alternative medicine” would be quite sufficient if one shows in the basic subjects to what extent such doctrines of salvation contradict the critical-rational scientific view inherent in the higher education system.

We point out that the MedUni Vienna recently drew the consequences from this and cancelled the homoeopathy lectures. University Rector Markus Meier distanced himself in this context from unscientific procedures and charlatanry. This is just one example – there is an increasingly critical approach to homeopathy internationally on a broad front, also and above all in EU partner countries.

From this point of view, in our opinion, the idea should also be seen that a chair is explicitly required for “integrative” or “complementary” medicine, as articulated in the motion for a resolution to the Bavarian Parliament of 10.07.2018 (Bill to Bavarian parliament 17/23310).

We would like to sensitize you as the minister of the Free State of Bavaria responsible for health policy to this topic. The intensified – in particular political – activities of the homoeopathic lobby, which obviously go back to the increasing, justified criticism of the homeopathic method, causes us concern. In our view, it would be fatal to hold on to, or even further strengthen, the pseudo-method of homeopathy, both in terms of good general health care and in terms of strengthening the population’s competence in health issues, which undoubtedly need to a great extent.

Thank you for your attention.

Yours sincerely,
the Science Council of the Society for the Scientific Investigation of Parasciences and the Information Network Homeopathy