“There’s nothing in it – They’re just sugar pills!” 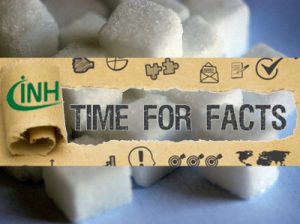 … is the next thesis from homeopathic criticism to which the Homeopathy Research Institute dedicates the fourth part of its thirteen-part series in order to refute it. The HRI refers to the alleged evidence from “basic research on homeopathy” that globules are “more” than “sugar balls”.

To anticipate the conclusion – the globules are and remain sugar globules on closer inspection. While it is more correct to say that the globules contain “nothing effective” (and “more sugar in sugar” does not work from a certain point), it is explained below that the term “sugar balls” nevertheless hits the nail on the head.

This can be noted first: The attempt to prove physical-chemical changes in high potencies in any way has nothing to do with a proof of the correctness of Hahnemann’s homeopathy – independent of possible results – mainly because there is no idea how this could be causally related to a medicinal effect of homeopathy in the human body. Such a thing is rather a seemingly rational attempt to save the homeopathic building, since the concept of a “mental vital force” can no longer be conveyed in a scientific context – and rightly so.

In addition, the works quoted do not stand up to critical scrutiny neither in the interpretation nor of the results or in terms of design and implementation. They are either very controversial (antibodies to white blood cells, apparently this is the well-known work of Benveniste [1] – keyword water memory [2]) or only of very small effect strength and even contradict the homoeopathic doctrine (Endler); more about the latter can be found in the detailed article on the topic on Dr. Norbert Aust’s blog “Taking of Evidence in Homeopathy”[3] [4].

The fact that these two works are presented by the HRI as the top results in basic homeopathic research speaks for itself.

The following excursus shows how far away homeopathic basic research and the defence of HRI are from homeopathy in another respect:

One should also be aware that Hahnemann’s closed concept of homeopathy is not compatible with the search for or the proof of a “material”, i.e. with physical-chemical methods detectable effects in high potency drugs. Hahnemann constituted the “spiritual life force” (vis vitalis) as the supporting pillar of his homeopathy and the “spiritual medicinal power” in the remedy as the counterpart.

“Our vital force, as a spirit-like dynamis, cannot be attacked and affected by injurious influences on the healthy organism caused by the external inimical forces that disturb the harmonious play of life, otherwise than in a spirit-like (dynamic) way, and in like manner, all such morbid derangements (diseases) cannot be removed from it by the physician in any other way than by the spirit-like (dynamic1, virtual) alterative powers of the serviceable medicines acting upon our spirit-like vital force, which perceives them through the medium of the sentient faculty of the nerves everywhere present in the organism, so that it is only by their dynamic action on the vital force that remedies are able to re-establish and do actually re-establish health and vital harmony, after the changes in the health of the patient cognizable by our senses (the totality of the symptoms) have revealed the disease to the carefully observing and investigating physician as fully as was requisite in order to enable him to cure it.” (§ 16 Organon, 6th edition, trans. Boericke)

He vehemently condemned the “atomists” and “materialists”, who already at his time insisted that a mechanism of action could only be assumed if it was based on material interactions. He believed that he had found the “proof” for his concept of a non-material medicinal power in the use of magnetism as a homeopathic remedy (he deals with this in detail in the 6th edition of his “Organon”). This is not at all consistent with the research conducted by the HRI on the material verifiable and measurable effects of high potencies:

“How can they finally rhyme with their atomistic, material concepts of the effects of medicines that a well-prepared magnetic steel rod, […], can produce such a tremendous change of mood in our condition that we suffer severe pathological complaints from it, or, to such an extent that a magnetic rod can heal quickly and permanently the most violent evils to which it is appropriate as a medicine, conceals them in the above way, approaches them to the body, even approaches them only for a short time? Atomist! atomist! you for wisely in your limitation seeming atomist! say, what weighable magnetic heal penetrated there into the body to make those, often tremendous changes in his condition? Isn’t a centillion part of a grain (a fracture that has 600 digits to denominator) still infinitely heavy for the very imponderable part, for the kind of spirit that flowed from the magnetic rod into this living body? …” (Hahnemann, Reine Arzneimittellehre, 2nd edition, II. part, p. 212).

The nevertheless very “materialistic” view of “basic research” is often presented as “progressiveness” or “further development”. The fact that these are unsuitable attempts at rationalisation is, however, clearly shown elsewhere: Hahnemann’s dogma that the shaking transfers “information” (the “spiritual medicinal power”) to the solvent and thus represents more than an increasing dilution of the original substance (up to the point where only solvent is shaken with solvent) is held unswervingly by the homeopaths. Quote HRI:

“The physical and chemical changes caused by shaking, and how they enable water to absorb the information of the substances diluted in it, are the big questions that researchers are trying to answer.”

It is probably more the case that no answer can be found here, because false and nonsensical questions are assumed. It would be correct to ask whether such phenomena exist, only then does it make sense to ask how this happens. However, this question already contains the premise, the unproven assumption, that there are actually effects in high potency dilutions (“possibility of water to absorb information about substances diluted therein”), which “only” require research.

This is the inadmissible argumentation with the “false premise”, which one “smuggles” into a discussion as given, in order to be able to lead a sham debate based on it. The premise at issue here, that water is capable of absorbing information by homeopathic potentiation, is unproven, there is no evidence for this, not even plausibility. Thus an argument based on this is invalid from the outset. However, there are the physical-chemical principles that have proven themselves in everyday life and technology, which tell us that a dilution is and remains a dilution and does not mutate into an ominous “transfer of information” because a homeopathic mother substance is involved. A specific effect that could transfer “information”, “vibrations”, “frequencies” or “energies” to the water is not known. [5]

In this respect, one must regard the HRI’s reference to the efforts of the “researchers” as a rhetorical-argumentative trick, with which an unproven and implausible premise is imposed on the debate. In practice – what are we talking about at all? In addition to these fundamental considerations, one should bear in mind what actually are the real orders of magnitude to which the attempt of homeopathic basic research to prove specific effects leads. Even if you are familiar with the system of homeopathic potentiation, you might be surprised if you consider the practical question of which product quantities can be produced with which potentiation.

During potentiation, the concentration of the drug decreases rapidly. As already mentioned, even low potencies show concentrations of active substances which are not sufficient for physiological reactions. Even a low potency of D6 contains more unavoidable impurities of the carrier substance (even at the highest purity level available) than the original substance. 100 kg 6X globules (purity 99.6 %) contain 400 g of random impurities and 0.001 g (!) mother tincture active ingredient. 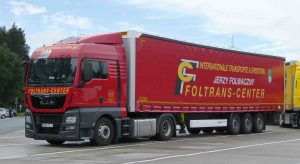 Let us continue with a simple rule of three. One gram of mother tincture can be used to make 100 tons of Globuli 6X. You need five articulated lorries, each with a lifting capacity of 20 tons, to transport this quantity. 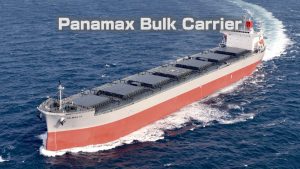 12X produces so many globules from one gram of mother tincture that 1,250 bulk carriers of the PANAMAX class (each with a capacity of 80,000 tons) can just load them – all together with an active substance content corresponding to one third of a piece of sugar cube.

And here we have by no means arrived at what homeopaths in the true sense call “high potencies”, which generally means potentizations from 30C onwards.

Indeed, globules D6 and higher are pure sugars, in the sense that the impurities always present in the material are much higher than the content of what is supposed to be present as a homoeopathically specific substance. This already applies to potencies far below the range which is described by homeopathy as high potency. No basic research on homeopathy has so far produced a result which disproves this point of view. Even if one were to regard the results presented as correct, they do not constitute a basis for proving the effectiveness or a mechanism of action of homeopathy – there is no even plausible idea of causality.more than 20 years of intensive research in several institutions, with the express aim of “proving” homeopathy (“confirmatory research”), – without anything having been found so far which could somehow be regarded as the cause of the allegedly radical effectiveness of homeopathy? This should not be presented in a positive way.

A detailed article on the HRI thesis discussed here has been published on the blog “Beweisaufnahme in Sachen Homöopathie” (“Taking of Evidence in Homeopathy”) by Dr. Norbert Aust.

Previously published by INH in the series “Criticism on criticism on homeopathy”: