“We all don’t process information as carefully and reflectively as we think we do.” 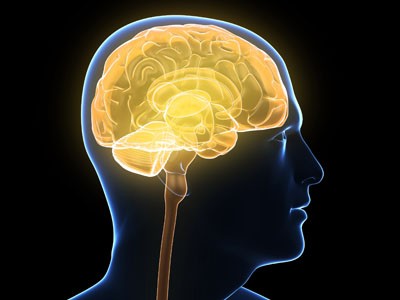 People use two different ways of thinking. Normally we judge intuitively, without reflection and according to learned, generalized and often irrational rules that are not consciously perceived and questioned. Such intuitive rules are for example: “Loss of something is worse than an equal loss of profit” – “When one event occurs after another, it is caused by the first” – “My view on a subject corresponds to the opinion of the majority” – “chemical is bad, of natural origin is good” or also “scientific explanations are only one of several equivalent views”. This system has its advantages, it is fast and mostly effective for everyday decisions in a stable environment. It’s also called thinking fast.

System two, which is called slow thinking, is the logical and systematic thinking, the weighing of different alternatives according to rational points of view. It is slow, but leads to more reliable results, especially under uncertain conditions or when making important decisions. Economists in particular, with their model of “homo oeconomicus”, are of the (often erroneous) opinion that people always behave rationally.

The slow rational system must first be consciously activated, while the intuitive one is permanently “in operation”. This means that it not always come to fruition, even in the case of important and momentous decisions. So we do not weigh up the important arguments, but are often influenced in our intuitive way of thinking by completely unimportant criteria. Studies have shown that judges’ judgments after eating were milder than before – blood glucose had influenced the decision, not just the rational balance.

The more central a conviction is for one’s own value system, the more powerful the intuitive level is. For example, in a consolidated belief in the effectiveness of homeopathy, it is of little use to refute individual points because they are supported by others – doubts would question one’s own self-image! Experiences, which contradict the firm belief (a remedy does not work), do not question the remedy or homeopathy as such, but are explained within the system (wrong application, wrong boundary conditions, wrong homeopath). As a rule of thumb can be considered: The less comprehensive an intuitive control system is or the less central a rule such as “chemical vs. biological” is in the value system, the less immune they are to irritations such as logical refutation. In this case, the rational debate can be set in motion by questioning intuition, by letting the rule “stumble”, so to speak: “Why should something work that does not contain any active ingredient?” Someone for whom homeopathy is not central will think about the argument and perhaps come to their own conclusions. A convinced homeopathic practitioner will change the level of argumentation and bring the supposed water memory into play.

Our judgements and behaviour are usually determined more by the intuitive level than by the rational level. The world is too complex to process every input in detail and to judge it rationally. So we use cognitive heuristics that give us quick orientation and guidance. One of these heuristics is, for example, the intuitive judgment of a text according to the connotations of the words used, i.e. the emotional meanings that the terms have subjectively. When fast reactions are required – and they are usually in everyday life (for example: Is this product interesting for me? Am I going to read this text? Does this information correspond to my opinion?) -, we usually let ourselves be guided by this first subjective impression and not by rational reflection.

How to convince homeopathy advocates?

By rational arguments rather not, because the rational thinking is largely “switched off” in the evaluation of the beloved healing method. The choice of terms when communicating with believers in alternative medicine is nevertheless important for the acceptance of the arguments. The term “not complicated” in a product description leaves a more negative feeling than the term “simple”, although both have the same meaning. We will tend not to buy the product or to accept communicated information. This effect generally occurs in negative statements, especially in written communication: the negative connotation and not the objective content is permanently remembered.

The phenomenon of reaction to connotations instead of content can be easily verified: How does an opponent of alternative medicine spontaneously perceive a text and evaluate it, which contains some of the following words, possibly already in the heading: Mindfulness – gentle – natural – subtle – quantum healing – energetic – healer? How long will she be reading? Will she buy a book advertised with such terms?

For this reason, terms should also be avoided that have already acquired their own meaning in relevant discussions and have been appropriated by one side, i.e. are stored in an intuitive rule. They automatically generate ideas that obstruct or make impossible the goal of communication – namely an objective examination of the topic and the information conveyed – from the outset. Examples of such contaminated terms are “chemical” vs. “biological”, “esoteric”, “science”, “pharmaceutical industry” or “sugar pellets”.

On the other hand, as a homoeopathic practitioner one intuitively grasps the associations of homoeopathy such as “natural”, “gentle” or “no side effects” and tends to do so emotionally quickly – often without further questioning these associations. Perhaps, however, it will be possible with previous advocates to flip the switch from fast to slow thinking and to sensitize them for new arguments against their previous faith by using the right choice of words – INH is also committed to this.