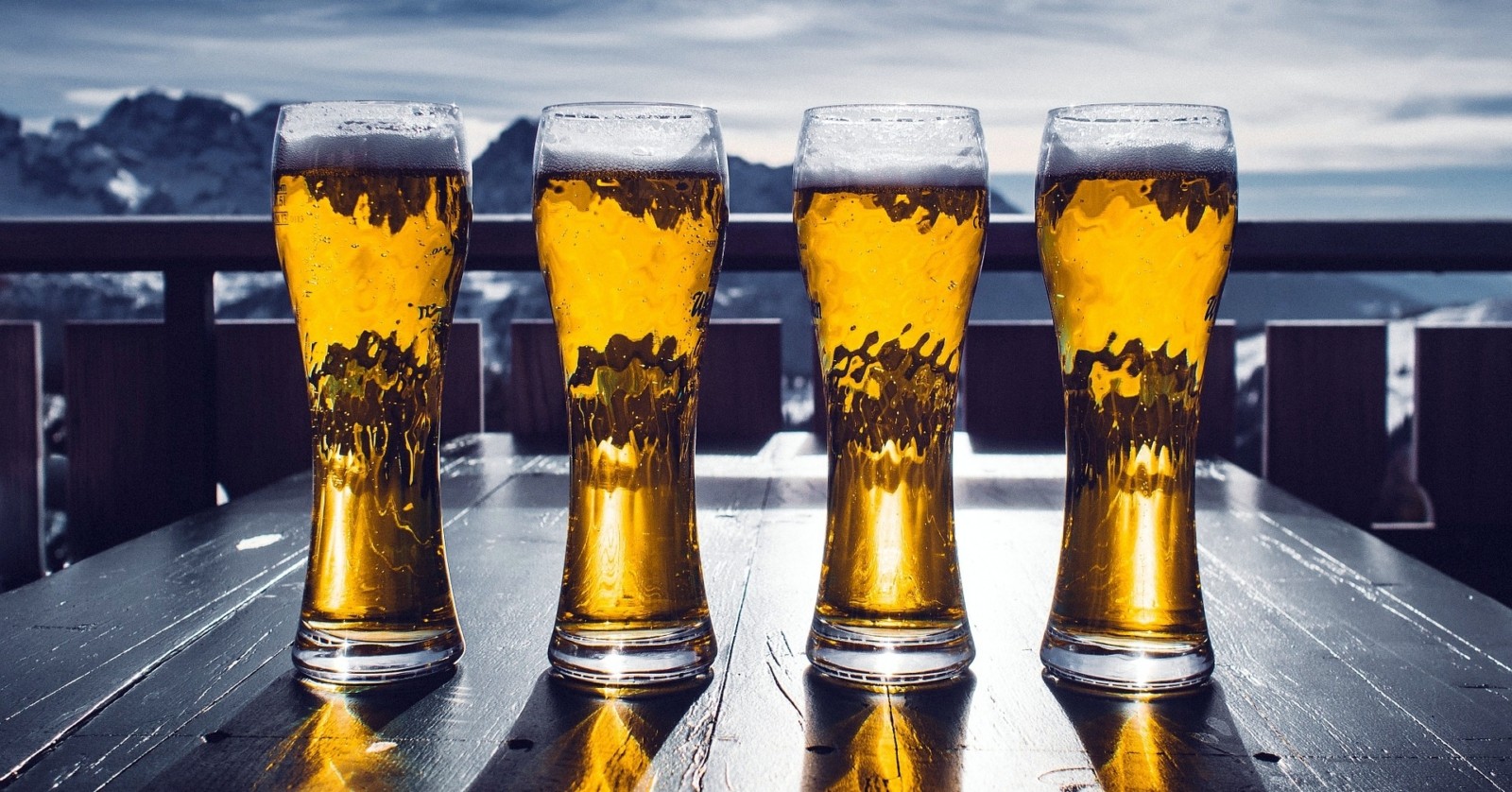 An essential “link” between the representatives of homeopathy and politics is the evocation of an alleged “popularity” of the sugar-ball therapy. The Information Network Homeopathy has often enough explained that and why this is not an argument in a medical-scientific discourse. Popularity of “free beer” is obvious. But by no means it is in homeopathy. We refer the difference.

It is clear that gentle, side-effect free, safe and effective therapies are desired by everyone. But it is also obvious that all these attributes are completely useless if the underlying therapy is ineffective. The “popularity argument” puts the first claims in the foreground and suppresses the second. This is an “argumentation” that has been cleverly directed at the “target group” of politics. In current debates and political statements on homeopathy, “popularity” is a basic melody that is always more or less clearly audible.

So far, so free of sense. But let’s take the “popularity argument” literally. Is popularity of homeopathy really as great as its representatives would have us believe? From our many years of educational work, we doubt that this is the case. The reactions to public incidents this year (2019), as certain cease-and-desist disasters and certain satirical TV reports, make the doubts about the pure factual content of the popularity argument even greater.

Not only once have we pointed out that the survey results, which the homeopathy fraction has been putting forward for a long time, do not allow a derivation of “popularity”. As they stand, they can at best prove great unawareness among the population and correspondingly great success in the marketing and promotion of homeopathy. There is no doubt that many people have heard of homeopathy (Allensbach 2014: 94 %). Not surprisingly, many of them have already used homeopathic remedies (60 % of the total respondents) and almost 9 out of 10 users have had “good experiences” with homeopathy (46 % “has helped”, 39 % “has not always helped”). We have often explained what this is all about and how it must rated.

Less well known is that Allensbach Institute also conducted a survey to find out whether those who were familiar with homeopathy could name at least one active principle. Which is actually the key question, because how can one rate something lacking any knowledge about?

Seventeen percent – from 94 percent. In view of this, jazzing up the “popularity” of homeopathy as a decision-relevant factor for politics is – well, let’s say – very daring.

Even more interesting would be a survey that would shed light on whether people would still stick to their views after an explanation of the real basic principles of homeopathy. And that is exactly what the American sceptics from the Center for Inquiry (CFI) did in September 2019.

As is well known, the CFI is conducting fraud lawsuits against the largest American pharmacy chain CVS and the Walmart department store chain. The issue is – to be precise – the fact that CVS and Walmart, in their large self-service drugstores, place homeopathic remedies right in the middle of regular pharmaceuticals without any special instructions. The CFI has asked both CVS and Walmart several times to change this – without anybody responding. And now the fraud suits against both are based on this fact.

Wasn’t there something with labelling homeopathic remedies, demanded by the consumer protection agency FTC (Federal Trade Commission) in 2017? Yes, indeed, but not all manufacturers comply with it (unlike orders from the Food and Drug Administration -FDA-, the FTC rules have no legal force). And without a doubt, you don’t necessarily see the label when the package is standing there peacefully and innocent on the shelf. Be that as it may – the lawsuits currently are in the run-up with applications, counter-applications, and also to determinations of the legal interest in protection, as is usual under American law. And in order to prove the latter point, the consumer protection interest and thus the right to sue, the CFI has commissioned a survey of buyers of homeopathic cough, cold and flu remedies at CSV and Walmart “on site”. With more than interesting, though not unexpected results.

Overall, the CFI states that a large percentage of respondents feel “deceived and betrayed” by CVS and Walmart after being informed about homeopathy and feel that their trust in these dealers has been “abused”. This overall conclusion is of course due to the tactics of the process. But what does it actually look like?

Almost half (46%) of those surveyed said that they follow the indication marking of the aisles and shelves, i.e. they rely on what the retailers tell them to do. 3 percent asked an employee (who is not a pharmacist there, however).

Information about the real background of homeopathy caused the confidence factor to drop by 17 percentage points compared to CSV / Walmart. (79 to 62 %). For 13 percent the perception was reversed to the effect that they only trust the retail chains “a little” or “not at all” (29 to 16 %). 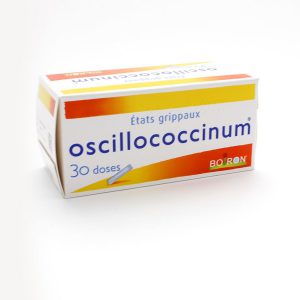 Prior to the more detailed information, only one percent of all those questioned knew that “Anas barbariae”, the “active ingredient” of Boiron-Cashcow Oscillococcinum (the best-selling homeopathic remedy in the USA), is the alcoholic extract from the heart and liver of a duck (Moscow duck, muscovy duck, Cairina moschata). 22 percent thought that anas barbariae was the name of a pharmaceutical substance, 13 percent thought it was a vitamin. After the true nature of the ingredient was explained, almost half of the respondents (46 percent) considered the product “less positive”.

Conclusion:
We have no doubt that similar results from a corresponding survey would be expected in Germany – perhaps not with identical values, because in Germany homeopathy has a strong “social reputation”. But the trend will undoubtedly be the same, as our daily educational work shows time and again: Anyone who has been uninformed or disinformed up to now and who is impartial towards factual information about the basic assumptions of homeopathy will draw his or her own conclusions.

And actually – yes, actually the pharmacies here in Germany should take over the task that the interviewers in the USA have taken on (after all, here we have pharmacies instead of self-service): consistent factual education about homeopathy when selled “over the counter” without recipe from a therapist. Some people do it – but many probably do not.

In any case, one thing is clear. Politicians should finally realise that a supposed “popularity” of homeopathy does not even come close to what is commonly called a factual argument. And that also politics takes responsibility when ignoring facutal arguments: Namely for the fact that untenable to potentially dangerous misconceptions of broad circles of the common persist about a specifically ineffective method that is unjustifiably considered part of medicine.

CFI report on the survey with link to the original study

In March/April 2021, the GWUP had a representative direct survey of 2,009 people in Germany carried out regarding their attitude towards parascience (survey institute: Kantar, formerly Emnid). The survey also asked about the positions on alternative medicine in general and homeopathy in particular (and additionally on “spiritual healing”).

Of course, the questions were designed in such a way that conclusions could be drawn from their answers – i.e. not a level of awareness could be reinterpreted as approval, possibly popularity. As happens sometimes with other surveys.

on alternative medicine: “Without the addition of alternative healing methods, modern medicine cannot really help its patients.”
on homeopathy: “Homeopathy is at least as effective as conventional medicine, if not better,”

In the last methodologically roughly comparable survey (Chrismon / Emnid 2001), the approval ratings for such questions were still 76 (!) percent.

The difference to the 2001 survey is so obvious that a discussion about tenths of a percent, or even whole percentages, seems pointless. It may even be an understatement or even wrong to speak of a “trend”. It simply remains to be stated that the “popularity” of homeopathy and other pseudo-medicines among the population is by far not as great as the homeopathic lobby tries to present it, especially to politicians, in order to reduce the willingness to possibly change the status quo of the internal consensus.

The group differences are neither by gender nor by political preference as great as one might have thought. Which also speaks for a general, not a sectoral tendency.

“Popularity” of homeopathy? People want it, don’t they? Doesn’t seem so after all …

2 Replies to ““How would you feel about homeopathy – if you were really be informed?” – The “argument of popularity””