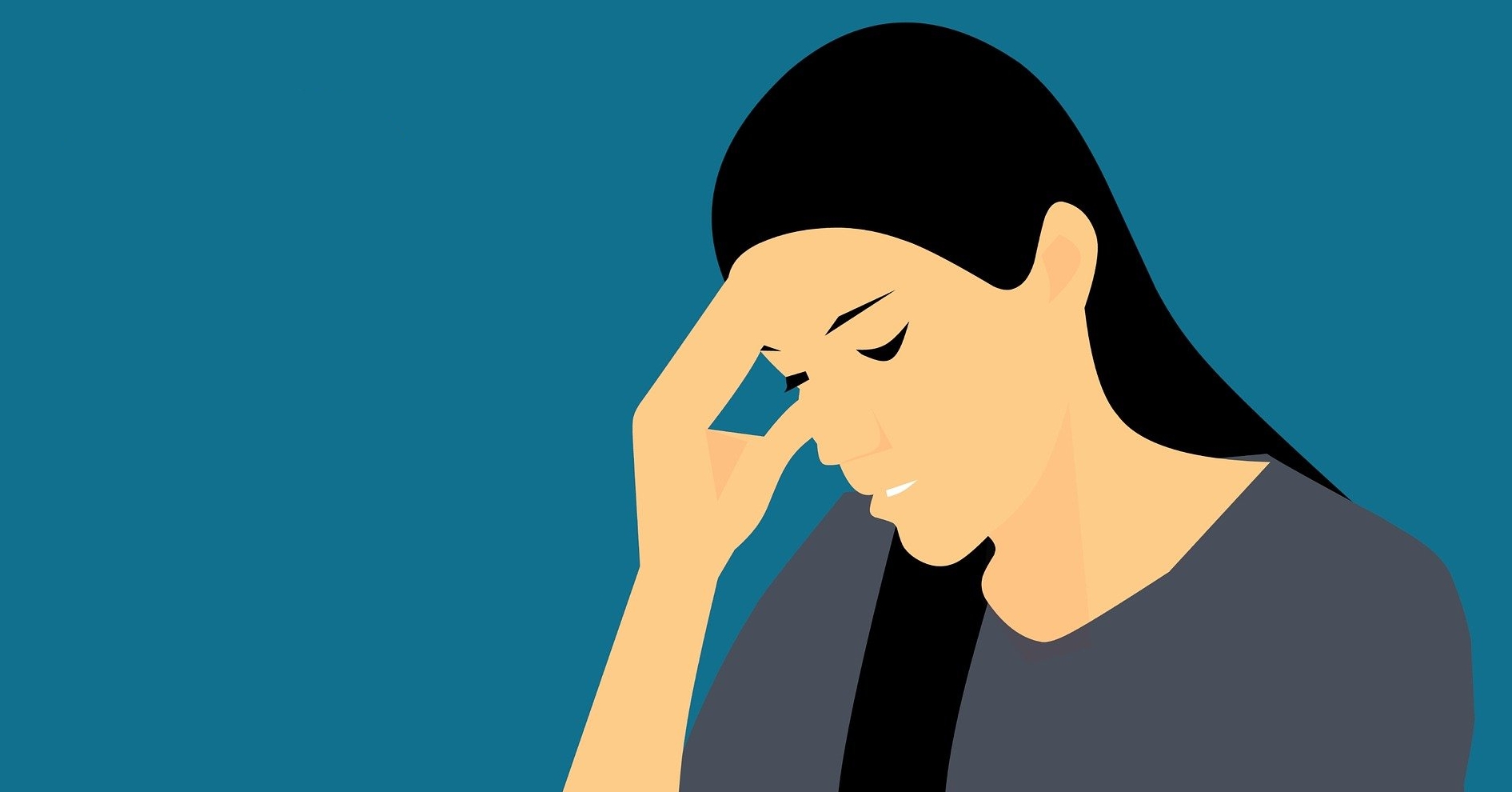 “Initial aggravation” (first worsening, initial exacerbation) is a common term in homeopathic usage. It describes a homeopathic “phenomenon” that is often used as “proof” of an “effect” of homeopathic remedies, as a sign that the body has begun to “heal itself”.

Last but not least, the “initial aggravation” also deals as a classic “alibi” when homeopathy does not produce a “rapid, gentle and permanent restoration of the health, or removal and annihilation of the disease in its whole extent, in the shortest, most reliable, and most harmless way”, as Hahnemann declared in paragraph 2 of his “Organon” to be the ideal of his healing method.

Is the “first worsening” part of Hahnemann’s teaching? And if so, in what context and with what attribution of meaning? It is worth taking a look at what Hahnemann said about it in his sixth and last edition of the “Organon”. Let’s embark on a little journey through his world of thought, not missing original texts:

There is, however, almost no homoeopathic medicine, be it ever so suitably chosen, that, especially if it should be given in an insufficiently minute dose, will not produce, in very irritable and sensitive patients, at least one trifling, unusual disturbance, some slight new symptom while its action lasts; for it is next to impossible that medicine and disease should cover one another symptomatically as exactly as two triangles with equal sides and equal angles. But this (in ordinary circumstances) unimportant difference will be easily done away with by the potential activity (energy) of the living organism, and is not perceptible by patients not excessively delicate; the restoration goes forward, notwithstanding, to the goal of perfect recovery, if it be not prevented by the action of heterogeneous medicinal influences upon the patient, by errors of regimen or by excitement of the passions.

(Interesting that in the last half-sentence Hahnemann includes his “classic”  immunisation against “non-progression of recovery” – see § 260 Organon).

At this point in the “Organon” Hahnemann explains that in practice there is hardly ever a ” unique remedy” whose drug picture relates one hundred percent to the “symptom bundle” of the patient. The “rest” of the remedy picture that does not match a “symptom”, a component of the “patient’s picture”, logically triggers an undesirable effect according to Hahnemann’s doctrine (because no homeopathic administration remains without consequences according to the doctrine). But as Hahnemann himself writes, this is as a rule a negligible margin, often even outside the perceptive range. Unless someone really makes a mistake with the choice of remedy – we will come back to this in the conclusion.

But though it is certain that a homoeopathically selected remedy does, by reason of its appropriateness and the minuteness of the dose, gently remove and annihilate the acute disease analogous to it, without manifesting its other unhomoeopathic symptoms, that is to say, without the production of new, serious disturbances, yet it usually, immediately after ingestion – for the first hour, or for a few hours – causes a kind of slight aggravation when the dose has not been sufficiently small and (where the dose has been somewhat too large, however, for a considerable number of hours), which has so much resemblance to the original disease that it seems to the patient to be an aggravation of his own disease. But it is, in reality, nothing more than an extremely similar medicinal disease, somewhat exceeding in strength the original affection.

The smaller the dose of the homoeopathic remedy is in the treatment of acute diseases so much the slighter and shorter is the apparent increase of the disease during the first hours.

This is where Hahnemann’s idea of the artificial disease comes into play, which is supposed to be triggered by the homeopathic similium (the “similar”) and “eradicate” the existing disease. This is supposed to cause a “felt” aggravation of the original disease for a short time (!), immediately after taking it or at most up to several hours, because it is “so similar” to it. Now this is quite a contortion, which could be discussed (and was). As far as Hahnemann’s statement at this point is concerned, nothing more can be read out of it than a minimal concession that cannot be regarded as what is consistently traded as “homoeopathic initial aggravation”, as “typical of homoeopathy”. If a patient has stronger complaints on the following day (or even in the evening after the morning remedy has been given), this explanation no longer applies. Whereas in practice with the “first worsening” the patient is kept “in line” for days, if not longer.

And isn’t it astonishing that “small doses” (i.e. high potencies) are said to have an almost uncanny healing power, which is why most homeopaths have a deep respect for them, but are said not to be so significant in the case of the “aggravations” described here – and, conversely, are said to be much more significant in the case of lower potency remedies (which, according to many homeopaths, are particularly suitable for self-treatment)? Where is the logic here? Free of side effects? Harmless? More on this in the conclusion.

The attentive reader will also have noticed that in § 156 Hahnemann identifies the “new symptom” as the cause of an “aggravation”, i.e. the “delta” between the appropriate and the inappropriate part of the homoeopathic remedy – whereas in § 157 he refers to a highly similar remedy that is somewhat more severe than the original disease.

In the following paragraphs Hahnemann cites, among other things, all kinds of analogies with which he wants to prove the ignorance of the allopaths of the time about all these interesting things. But then follows

When I here limit the so-called homoeopathic aggravation, or rather the primary action of the homoeopathic medicine that seems to increase somewhat the symptoms of the original disease, to the first or few hours, this is certainly true with respect to diseases of a more acute character and of recent origin, but where medicines of long action have to combat a malady of, considerable or of very long standing, where no such apparent increase of the original disease ought to appear during treatment and it does not so appear if the accurately chosen medicine was given in proper small, gradually higher doses, each somewhat modified with renewed dynamization (§ 247). Such increase of the original symptoms of a chronic disease can appear only at the end of treatment when the cure is almost or quite finished.

Here Hahnemann introduces the distinction between acute and chronic diseases, which has been obligatory since his later years (and which had already led him on the wrong path of the miasma theory). What he announces here has nothing at all to do with the “homoeopathic first worsening” that is so typically and “provably” passed around. On the contrary, in the treatment of chronic diseases with repeated (which he did not want at first) but “properly small” doses, we believe him, there should at most be a kind of “last worsening”. Therefore, no one can refer to Hahnemann if a chronic disease is “initially aggravated” after the start of a homeopathic remedy.

An intermediate consideration: With regard to his concept of the artificial disease, should Hahnemann not have given priority to the principle of equality instead of the principle of similarity? As one can see from his own words, a principle of equality would have been far more suitable for producing a precisely fitting “artificial disease” in which a “gap”, from which an initial aggravation can arise, does not occur at all? Why did he not even allow this as an ideal or as a possibility? On the contrary: “The desire to cure by means of a completely identical disease potency (per idem) contradicts all common sense and therefore also all experience” he writes in the note to § 56 of the Organon.

We have to speculate here, which we do not want to push too far in view of a thought structure that is inconsistent anyway. One will probably have to see in the renunciation of equality and in the preference for similarity a thoroughly pragmatic decision from Hahnemann’s point of view. Because: Equality is practically impossible to achieve (except at the price of imprecision or impracticability). And non-linear courses of disease after globulization (“initial aggravations”) can be well explained by the “delta” between sameness and similarity. No doubt Hahnemann sought such explanations in the interest of a “coherence” of his doctrine, because the practice of his cures will have demanded it. The price for this is: the construct “artificial disease” is weaker with the similarity principle than with the equality principle, but the explanatory power for a non-linear course of disease is stronger. This by the way.

We note: Hahnemann himself did not set down in the “Organon” anything that could be regarded as a “typical initial aggravation” corresponding to the usual use of the term when starting a homeopathic treatment. Once again we see in the concept of ” initial aggravation” something that in the course of decades – centuries! – has developed into a homeopathic narrative that is no longer questioned.

As a reward for our efforts, however, some very important conclusions remain.

If one takes all these Hahnemannian explanations and postulates seriously, the administration of homeopathic remedies must be a highly dangerous matter per se. If even a little “off the mark” administration of a homoeopathic remedy that does not fit exactly triggers something that becomes noticeable as symptom-triggering in addition to the “improvement of the main disease” – what would then have to happen if someone resorts to a completely wrong remedy that is not based on anamnesis and repertorisation, but on someone’s “recommendation” or “good experience”? And due to the lack of anamnesis and repertorisation it cannot correspond to the individual symptom bundle at all?

Logically, this would constantly lead to severe and most severe symptoms of illness as a result of self-medication with the homeopathic remedy XYZ – and also in the case of a mistake on the part of the therapist. And that is why homeopaths always emphasise, e.g. on the occasion of the 1023-actions of homeopathy critics, that such a thing is not a “therapy” but a “homeopathic drug test on a healthy person“. Indeed! Which, however, always and repeatedly remains without effect. Which paints a telling picture of the homeopaths’ claim that it can take time to find the “only right” remedy…

This is not polemic, nor is it irony; it is the completely logical conclusion from Hahnemann’s postulates. And he even wants to have recognised a lower curative effect, but a higher erroneous effect in the case of the so “tolerable” low potencies! How so? If these theories were only partially correct, the use of homeopathic medicines as self-medication and the sale in pharmacies “over the counter” would have to be prohibited immediately – and no professional liability insurance would be willing to cover the risks of therapeutically practised homeopathy.

Thus the one is connected with the other in homeopathy in an astonishing way – in the sense of an inconsistency, a mutual refutation of its postulates. All roads lead to Rome – all roads of logic to the (self-)refutation of homeopathy. Thus it is not only a nuisance within medicine, but also a kind of intellectual imposition. It’s just as well that it’s all pure fantasy – it’s dreadful to imagine that the homeopaths would be right!

For the quotes from Hahnemanns “Organon”, the translation by Boericke was used.

Picture by mohamed Hassan on Pixabay