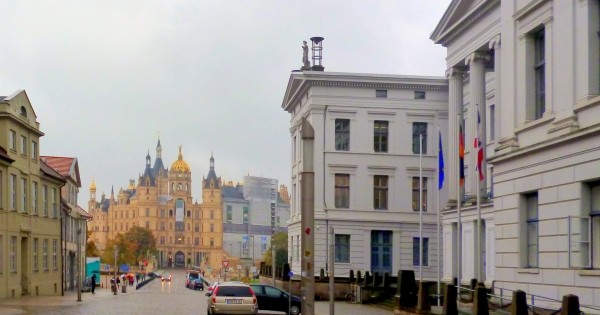 This year’s Homeopathic Medical Congress of the Central Association of Homeopathic Physicians will take place in Stralsund from 29 May to 1 June 2019. As usual with such meetings, the DZVhÄ assured itself also this time again of the support in the policy, by offering  the patronage over the meeting to the Prime Minister of the country Mecklenburg-Western Pomerania. Of course there is also a well-meaning greeting connected with it.
In (bad) tradition, the Prime Minister followed this wish. The greeting was published on the website of the medical congress.

From various sources we could see that you have taken over the patronage of the Homeopathic Medical Congress of the German Central Association of Homeopathic Physicians taking place in May 2019 in Stralsund. We are also familiar with your greeting to the Congress.

We have a critial view on both the assumption of patronage and the greeting to the congress. Allow us to explain the reasons for this below. We consider it important to make representatives of politics familiar with our concern, an enlightened approach to the subject of homeopathy, and to explain our motives.

Since 2016, we, the Information Network Homeopathy, its members and supporters, have been explaining that homeopathy is a sham therapy that has neither ever been able to provide valid proof of its effectiveness nor to eliminate the incompatibility of its basic assumptions with scientifically proven principles. There is a consensus on this among almost the entire world’s scientific community. To illustrate this, we refer as one voice among many to the 2017 judgement on homeopathy by EASAC, the Advisory Council of the Association of European Academies of Science:

“Scientific mechanisms of action—where we conclude that the claims for
homeopathy are implausible and inconsistent with established scientific concepts.
Clinical efficacy—we acknowledge that a placebo effect may appear in individual patients but we agree with previous extensive evaluations concluding that there are no known diseases for which there is robust, reproducible evidence that homeopathy is effective beyond the placebo effect. ”

As a consequence, in more and more countries homeopathy no longer finds a place within scientifically based medicine and public health systems. In this connection, reference is made to the end of the prescribability of homeopathic remedies in England, which is now followed by the inclusion of homeopathic remedies in the blacklist of the British Ministry of Health, so that they can no longer be registered as medicines.

In particular, we draw attention to current developments in France and Spain. In both countries, the professional associations and scientific academies of both medicine and pharmacy have clearly distanced themselves from homeopathy and demanded that it no longer be given a place in the public health system. In Spain, the current government has already taken concrete measures to remove homeopathy from therapeutic practice. In France the political decision on this is currently pending, the recommendations of the chambers and the academies of science leave nothing to be desired in terms of clarity: homeopathy is medically worthless to potentially harmful.

In the USA, the Food and Drug Administration, in consultation with the FTC, is in the process of creating an increasingly stringent regulatory framework for homeopathic medicines. Consumer protection organisations are currently suing distributors of homeopathic medicines for fraud. In Australia, the possibility of covering homeopathy through private supplementary insurance was even abolished by law in 2017. In Austria, the compulsory elective subject homeopathy at the MedUni Vienna was recently cancelled without replacement, the “Homeopathic Emergency Outpatient Clinic” was closed and the accumulated research work in these areas was rejected by the Scientific Council of the MedUni as “unscientific”.

Many other political and scientific organizations in other countries have also positioned themselves against homeopathy as part of medicine and health care.

The extraordinarily effective homeopathic lobby in Germany has apparently succeeded in keeping such developments at bay. The danger of isolation of German health policy in the circle of EU partner countries in particular can no longer be dismissed here.

The efforts of the relevant lobby to present homeopathy as a proven form of therapy essentially equivalent to scientific medicine are manifold and extensive. This alone does not change the facts, the broad scientific consensus that considers homeopathy only as a relic of medical history and not as a justified part of modern health care.

Here now the circle closes for the occasion of this writing. The Central Association of Homeopathic Physicians is one of the pillars of homeopathic advocacy in Germany. He is very interested in public reputation. Of course, in view of the massively dwindling importance of the pre-scientific homeopathic method in Europe and worldwide, it is of great importance to obtain the patronage of high-ranking political representatives for the homeopathic congresses, for example.

However, this only strengthens the public reputation of homeopathy, which is scientifically and, in our opinion, unacceptable from the point of view of health policy, and leads to a consolidation of the already all too widespread assumption among the population that homeopathy is a recognised form of therapy, which should at any rate be regarded as equivalent to scientific medicine.

That is why the core concern of the homeopathy information network is that homeopathy should no longer be given public credibility or a place in the public health system – especially with regard to the good treatment of children to which you referred. We do not consider the current situation to be scientifically or ethically justifiable. A “therapy” that does not have more to show than the contextual effects (especially placebo) that occur with any kind of attention – even non-medical – cannot be justified as a medical therapy. It should also not be allowed to hide the fact that homeopathy is incorrectly offered and advertised by its representatives as specifically effective drug therapy.

Medicine today defines itself as that which can prove specific effects beyond the “background noise” of the always present placebo effect. Contrary to the perpetuated claims of the homeopathic interest groups and their self-referring events such as the “Homeopathic Medical Congress”, homeopathy cannot do this – and is therefore not a factor for the goal of a generally more human approach to patients in medicine, which we consider to be very desirable.

We would be pleased if we had opened a perhaps not so familiar view on the topic of homeopathy for you. The fact is that the general perception of homeopathy is currently characterised by decades of unchallenged influence by interested circles. Homeopathic criticism is as old as the method itself. However, it was not until 2016 that the Homeopathy Information Network was established as the first independent association of interests, whose members pursue the common goal of educating the general public about homeopathy on the basis of scientific facts.

It is clear to us that as a high state representative you must do justice to a broad pluralistic spectrum of social groups. We, the undersigned, would, however, ask you to refrain in the future from giving additional nourishment to the false and inappropriate public image of homeopathy through – undoubtedly well-meaning – commitment.

Scientifically founded as well as generally understandable sources of information for the classification of homeopathy as a disproved method from pre-scientific times are extensively available. We would also like to draw your attention to the information provided on the website of the Homeopathy Information Network. If you wish, representatives of the information network would also be happy to meet you in person.

For the Homeopathy Information Network