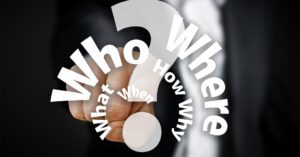 We don’t claim that homeopathy has no effect at all. We only deny that it has the specific medicinal effect that homeopaths attribute to it and also that it works through “energy” and “information”. However, there are effects and changes that can occur during homeopathic treatment, but which cannot be attributed to the cause of homeopathy:

The placebo effect has nothing to do with a personal “belief in it”. It occurs in all people – including skeptics. The placebo effect is also well detectable in animals and newborns. It can’t be prevented or undermined. The placebo effekt is only one of the so.-called context effects described below and should not be overestimated.

In the course of evolution, living beings have a survival advantage if they are able to quickly recognize patterns or quickly establish connections. Even if it turns out later that these patterns do not exist or the connections are wrong, the survival advantage remains. For this reason, we still very quickly suspect causal connections today, where actually none exist. Homeopathy benefits from this: the “after, but not because of it” fallacy.

Wishful thinking interacts with selective perception. If you want homeopathy to work, you will experience higher success rates than someone who is inwardly critical and rejects homeopathy or who is not interested in the effects of homeopathy.

Many diseases heal spontaneously. People like to say “He who heals is right”. However, it is by no means enough that anyone is simply present at spontaneous healing – it cannot be concluded from this that he has set the cause for it. Spontaneous remission rates are well known in medicine for many diseases, even severe ones.

Regression to the middle

Illnesses sometimes get worse, sometimes better (like stock prices). You always take medication when you feel worse. The fact that after the bad phase a good phase comes again does not have to be led back at all on the medicines: It can also concern the completely natural spontaneous healing process.

Strange (and ingenious ?) definition of “success”

Homeopaths report success with improved complaints, with unchanged complaints (“sustainability”) and with worsened complaints (“initial worsening”). Regardless of what happens: Only one of the three possibilities can occur – and thus always a success.

Immunization of homeopathy against failure

Homeopathy establishes rules that are almost impossible to adhere to and that can – but do not have to – cause failure if they are not adhered to. Failures can be attributed to coffee enjoyment or mint-containing foods (also in drinks or toothpaste). However, homeopathy also attributes successes to those who violate the rules and thus, according to the rules of homeopathy, the treatment could not have been effective at all.

Failures can always also be attributed to the patient, who allegedly did not communicate all aspects of his situation and therefore a false homeopathic anamnesis was taken. But here something is demanded and expected of the patient which is impossible.

If homeopathically treated patients were forced to stay with homeopathy until the end, it would quickly become clear how ineffective homeopathy is. Now, however, the “good” homeopaths are redirecting patients back to medicine if they notice that homeopathy remains unsuccessful. Of course, this is good for the patients. But it is also good for homeopathy, because even if the medicine has no more possibilities (and unfortunately this is the case: there are still incurable diseases, especially at certain stages), then the ultimate failure is blamed on the last practitioner – the medicine. Not a word about the fact that a correct medical therapy that started earlier would probably have been successful and that the failure is due to homeopathy. One is simply more successful if one rejects the responsibility for failures – even if this is unjustified. Nobody counts these failed cases.

Difference between “homeopathic remedies” and “homeopathy”

The globules or the drops do not work because they do not contain any – relevant – active substances. However, homeopathy is more than just the administration of globules or drops. The homeopath takes a lot of time for his patients. He listens well. Homeopaths show empathy. The “The doctor as a pharmacon” (Michael Balint) makes a significant contribution to the success of homeopathy. The success of what might be called “healing art” is also recognized by medicine. Doctors, too, would like more time for their patients. However, this is often not possible in “normal medical practice” (many patients, few doctors, limited time). Here, granting an exclusive status on homeopathy, a medically ineffective method, is the wrong way. The right way can only be to give the science-based doctor the necessary freedom to combine sound medicine with attention and empathy.